GIVE THE GIFT OF SINGING
UP TO 25% OFF

Give the gift of Singdaptive® with our unique and proven online singing lessons. Perfect for friends or family who want to imrpove their singing getting better than they were yesterday!

Best Apps For Recording Singing With Your Smartphone

A Singing Studio In Your Pocket

Every singer should be recording their voice on their smartphone. It's simple to get started.

There are so many fantastic reasons to record on your smartphone, from rehearsing, creating demo tracks, sharing with friends and even making content for an audience to enjoy. By the way, do check out MIDINation for software and gear to produce better music.

But what app should you use?

Let’s start off with the fastest way to record your voice on Android and iOS, iPhone or Samsung, etc. These may not be the apps to use for making hit songs, but they are the easiest way to get your ideas onto your smart phone. 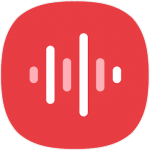 It shows a waveform view which is very helpful for recording vocal snippets. You can also change the recording quality settings, which isn’t offered on all recorders. 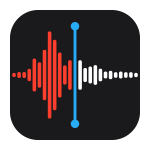 Apple Voice Memos – Apple iOS devices ship with Voice Memos pre-installed. It’s possible to delete the app, so if you’re missing the app, search for it on the App Store. Apple’s app is straight forward and works with no issues. No need to buy another app or put up with ads.

I Want to Make a Hit!

Well, maybe you’re not interested in having a hit. But, many singers are interested in making a song. Making a song requires some level of multitrack recording. At minimum you need to be able to have a backing track to sing along with while you record your vocal. The following apps are a good place to start for exactly that purpose. 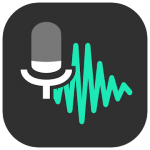 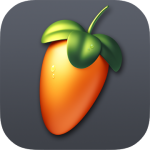 Both apps support external microphones via USB. So any popular USB microphone from companies like Blue, Shure, Audio Technica or Samson will work. 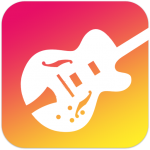 Both apps works with external microphones, although on Apple devices you often need to use a dongle to convert from USB to Lightning connection.

GIFT THE GIFT
OF SINGING

Kevin Alexander is CEO and co-founder of Singdaptive, bringing his past experience as CEO of the singing technology company TC-Helicon, as well as live sound, recording and love of music. Recently, he has been a university instructor in Multimedia Learning and is helping to envision an exciting future with technology at the research firm Kinsol.io

WHAT DESCRIBES YOU BEST?